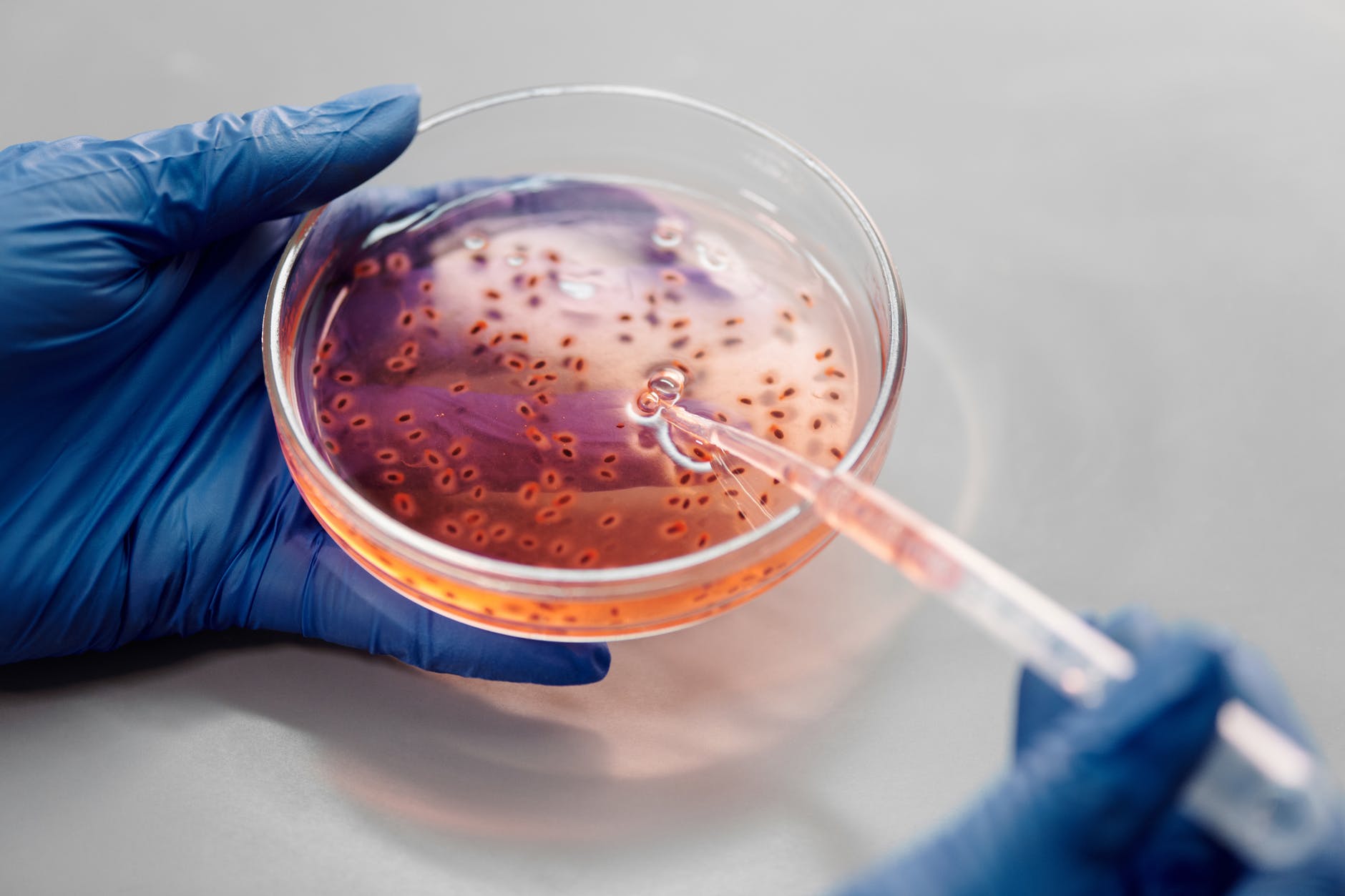 Blog
>
Exam Prep
>
Must Know Genetic Technologies for the DAT

Must Know Genetic Technologies for the DAT 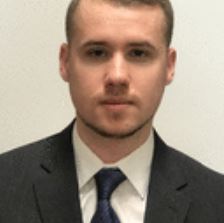 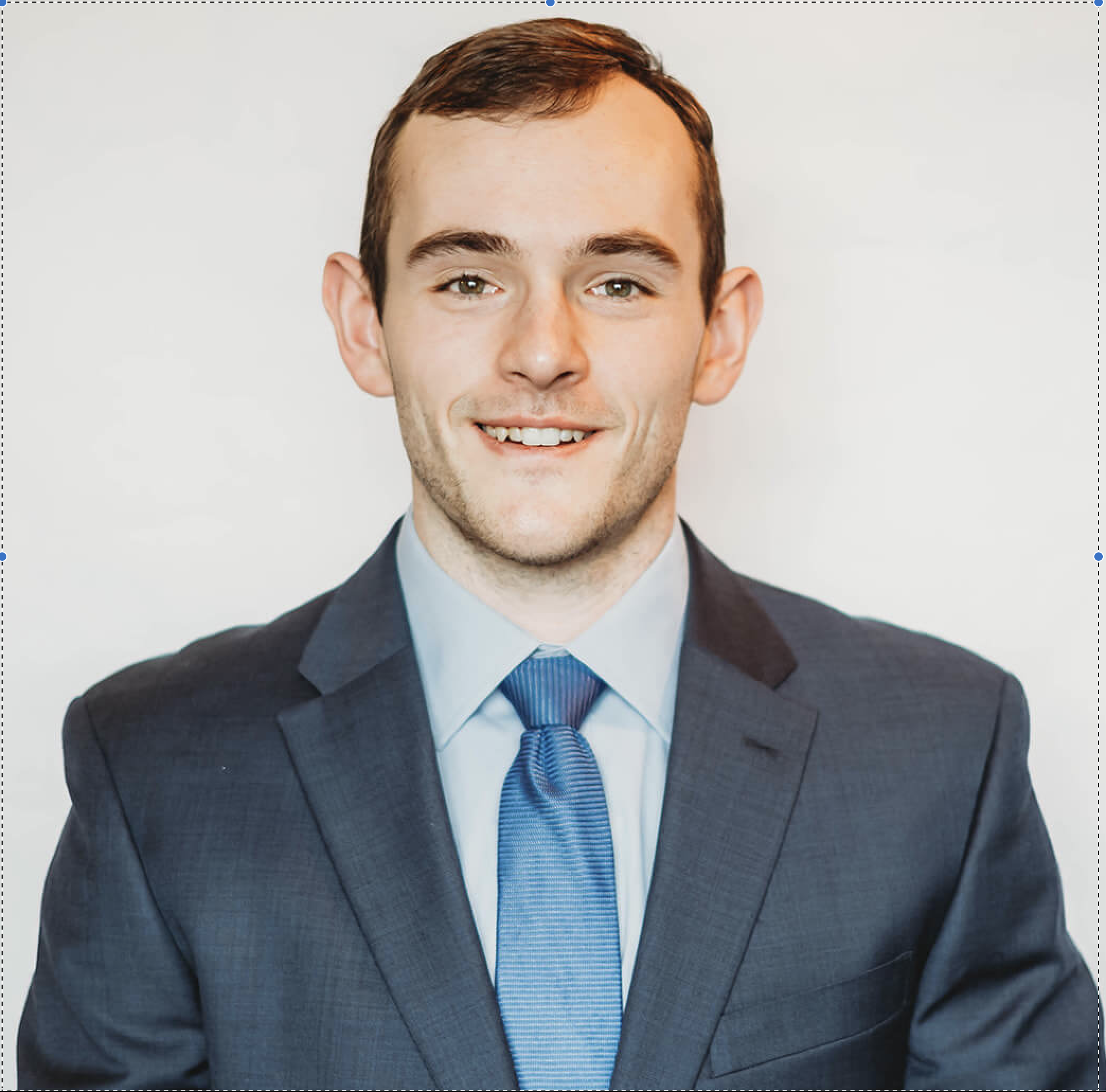 Genetics makes up a large portion of the biology section on the DAT. Here is a list of high-yield genetic technologies you should definitely know for the DAT.

DNA that consists only of the part of the gene that gets translated. mRNA often comes with introns, which are spliced out in eukaryotes. However, prokaryotes lack the machinery to splice introns. When transferring eukaryotic genes to prokaryotes, we must remove these introns so that the prokaryote can transcribe and translate the gene properly.

This is done by using “intron-free” mRNA and reverse transcriptase to create cDNA.

It is often used in DNA microarray analysis too.

This is an enzyme that takes RNA and “reverse transcribes” it back to DNA. Some viruses use this to transcribe their viral RNA into DNA, which is then inserted into the host genome.

You probably did this in biology lab. PCR is the process of taking a specific region of DNA and amplifying the number of copies, usually to be used in testing.

There are three main steps in PCR:

2. Annealing the Primer: Once the DNA strands are separated, DNA primers are attached to the DNA with a specific sequence, usually the start sequence of the gene we want to amplify. The solution is cooled a little during this phase to allow the DNA primer to bind to the original DNA.

3. Elongation: The enzyme Taq DNA polymerase then begins to replicate the DNA starting at the DNA primer. It uses dNTPs (free nucleotides). Taq polymerase is used because it can function under high temperatures, as it was originally found in bacteria that lived in high temperatures.

This is a method used to detect specific DNA sequences in DNA samples. It starts with PCR to amplify the DNA we want to use.

Restriction endonucleases are used to cut up the DNA into smaller fragments, and then run through gel electrophoresis. The DNA strands are then separated, usually with incubation with NaOH.

A probe (single DNA fragment with the specific sequence we are looking for) is then exposed to the DNA, and will form a complementary DNA sequence to form a double-stranded DNA molecule. This event will give off some type of signal, such as a color change, to indicate that the DNA sequence we’re looking for is present.

This is useful in cancer research because we can see which genes are over/under expressed as compared to a normal cell.

Here is a basic explanation of how it works:

1. First, you start with a glass slide, or chip. Then, you attach thousands of copies of DNA for the genes you want to test for.

2. You then take all the mRNA being transcribed in the cell and convert it to cDNA using reverse transcriptase. You then have a complementary strand to the gene you’re testing for.

3. Lastly, you use the cDNA as a probe and wash it over your chip. The cDNA will hybridize, or bond to the complementary strands if they match. When they do, they will light up with florescence. The brighter the signal, the more you know that gene is being transcribed. If the gene does not light up, then you know it is not being transcribed.

Karyotyping is a method to count the number of chromosomes. It is useful in diagnosing diseases associated with abnormal chromosome numbers, such as Down’s syndrome.

This is an important technique in genetics. The idea is to separate either DNA or proteins by their size and charge.

Restriction enzymes, or restriction endonucleases, is an enzyme that cuts the DNA at a specific sequence. Some names of restriction enzymes include EcoRI, EcoRII, BamHI, etc. You don’t need to memorize them all. This is useful in many applications, such as in gel electrophoresis, or microarrays.

This is a specific type of gel electrophoresis for proteins. SDS (sodium dodecyl sulfate) is used to denature the proteins into their primary form and surround them with negative charges. The proteins are then placed into a gel (polyacrylamide) and run through gel electrophoresis. The smallest proteins will travel the most amount of distance towards the positive pole, while the largest proteins will travel the least amount of distance. 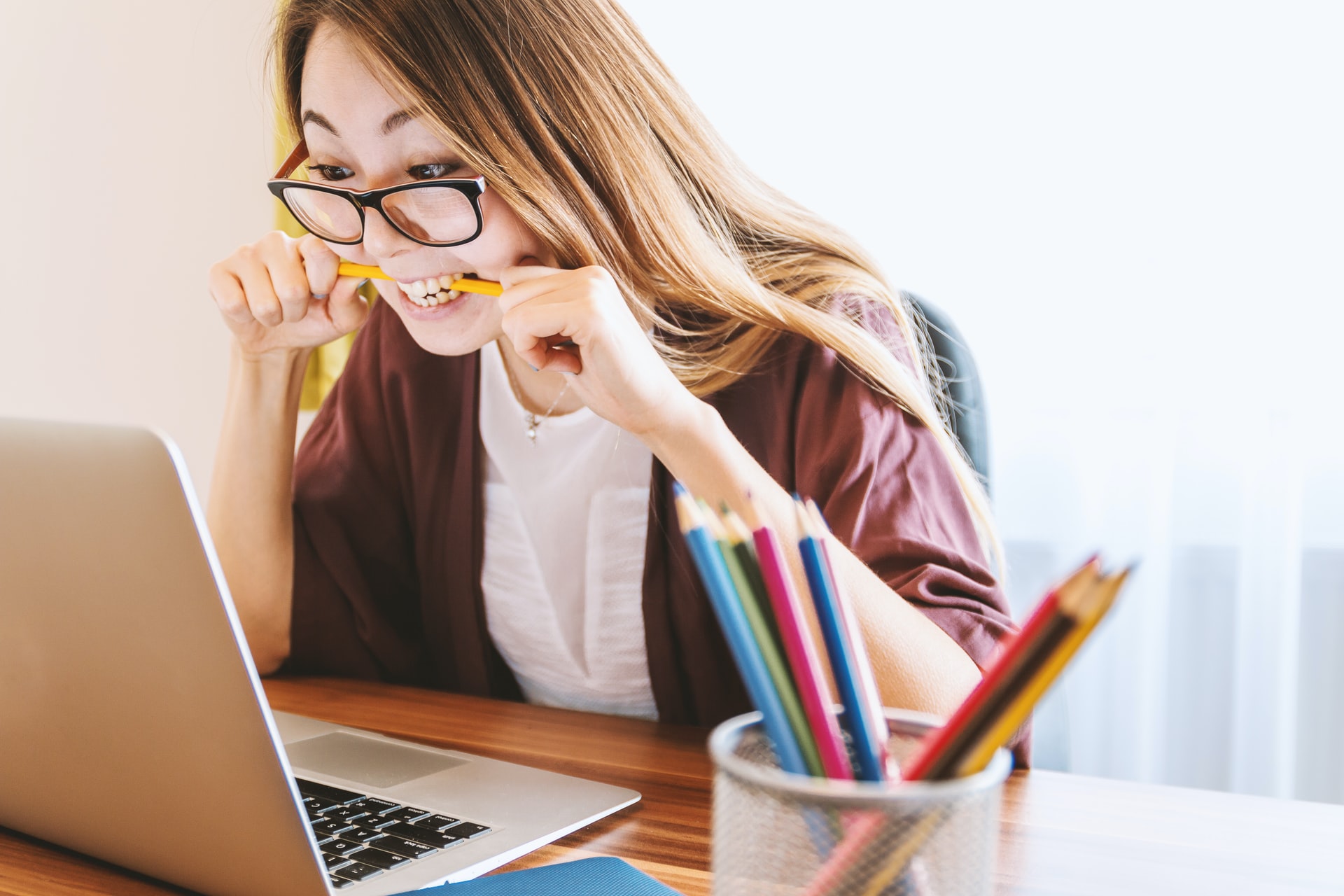 What should I do after getting a low score on my first practice test?
You’ve just completed your first practice test and you didn’t score exactly what you were hoping to. You’re currently feeling a bit discouraged, after having weeks of intense studying, and are unsure what you should do next.
October 1, 2022 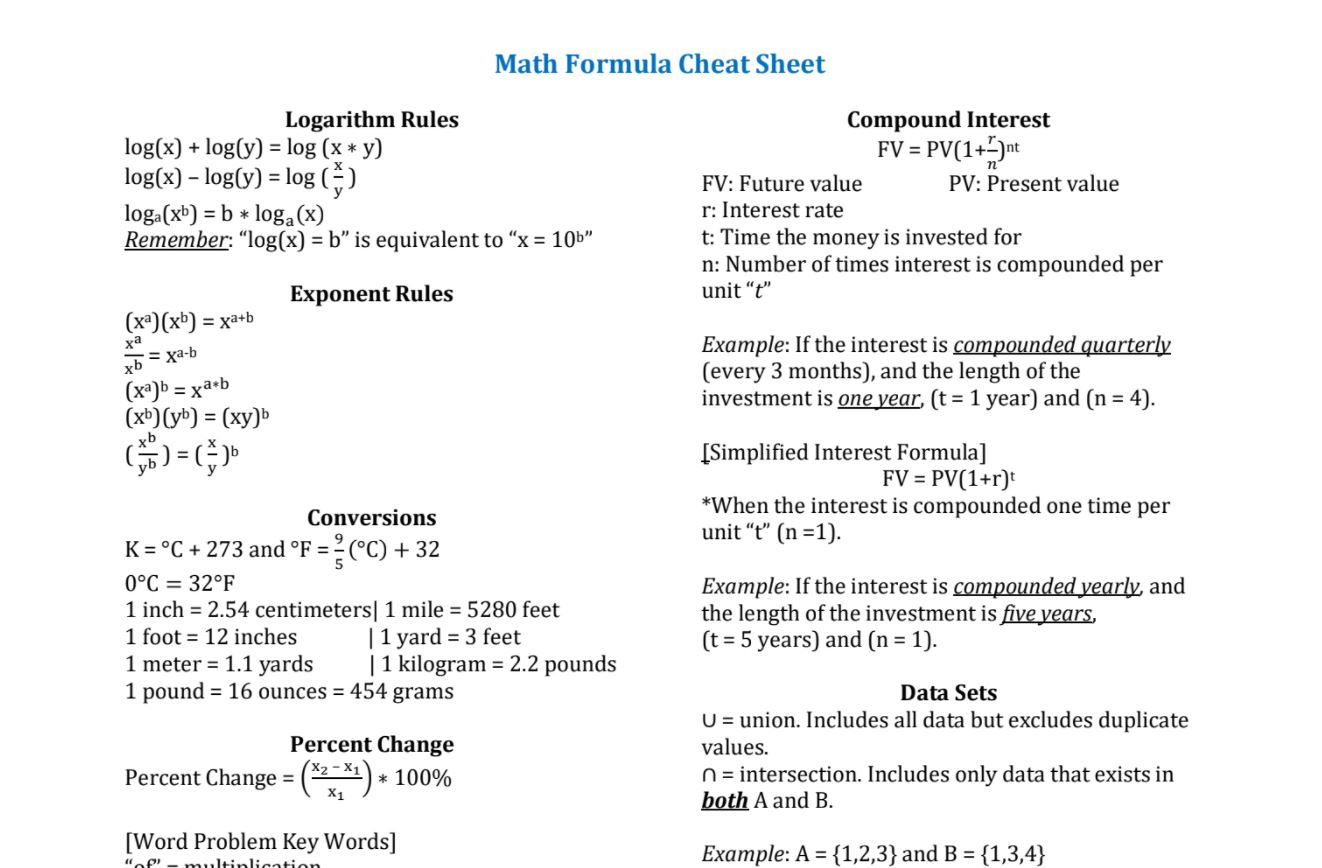 QR Formulas Cheat Sheet
Here is a comprehensive list of definitions to start off your Quantitative Reasoning studies.
October 1, 2022
Save 100+ hours of your life studying with Bootcamp.com
Get everything you need in one place. Start studying today for free.
Start Studying for Free 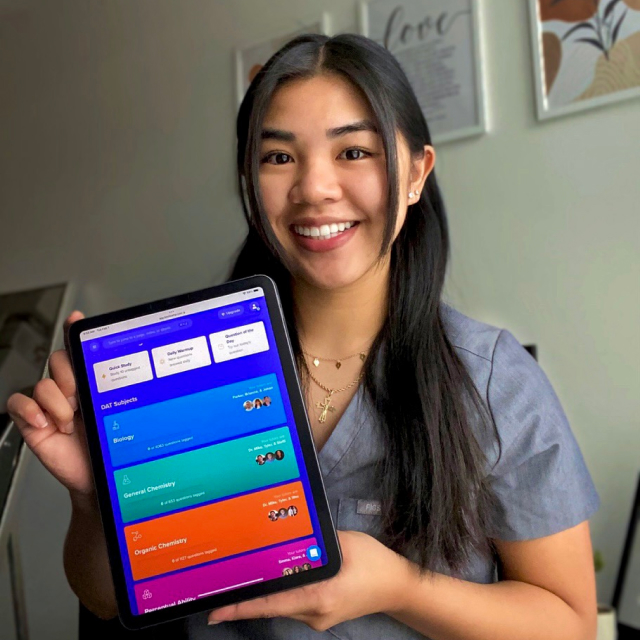